Close your eyes and think back a few months … all the way back to January. Can you do it? Can you even remember January at this point? It seems like about a thousand years ago, doesn’t it? Everything that happened before this virus showed up seems like another age … but January was only four months ago, people.

That was during that quaint time when we talked about disruption as something we had time to prepare for. Advances in technology, and future laws and regulations, and what will happen when all of the Boomers are gone and the Millennials take over for good … that was all stuff we knew was going to happen, and that we had to start preparing for now, but we still had a little time, right?

Back in the BC era — I’m calling that “Before Coronavirus” — we talked a lot about future disruptions and transformation, and anticipating what all of that stuff would look like once it arrived.

And so did my guest this week. He’s David Bray. David is … well, where do I begin? David has served in a variety of leadership roles in turbulent environments, including bioterrorism preparedness and response from 2000 to 2005, time on the ground in Afghanistan in 2009, serving as the non-partisan Executive Director for a bipartisan National Commission on research and development, and providing leadership as a non-partisan federal agency Senior Executive. And back in December, he accepted a leadership role to incubate a new global Center with the Atlantic Council. So you might say he’s familiar with change and chaos.

The change that’s here to stay
In January, the AICPA brought David Bray in front of its Executive Roundtable in New York City to talk about disruption, digital transformation, and technological advances. That’s how I got connected with him. Some folks who heard him speak in January were amazed by what he had to say and thought he’d be a great guest.

And then came March and COVID-19. Suddenly, future disruptions like the Internet of Things and blockchain and A.I. didn’t have quite the same urgency as they once did.

At that point, we were face to face with the biggest disruption of our lifetime, and it wasn’t theoretical. It was here, it was now, and it was having very real impacts on all of us. And our response had to be immediate.

We’ve already seen a number of guesses as to how accounting and finance will change as a result of the crisis.

For starters, remote work is probably here to stay in one way or another. A lot of the folks who were reluctant to embrace remote work before the crisis now are fans of it. They’re saying it works. They’re saying their people are more productive. They’re seeing possible savings when it comes to the footprints of their offices. This is real stuff that probably won’t ever go away.

Next, all of those technological advances we’ve been talking about for all of these years? There will be be a rush to master them. This is what consultant Jennifer Wilson says: “Those who previously relied on staff, administrators, or IT professionals for help with technology are having to ‘go it alone’ at home. Remote work is causing everyone to up their technology game, making full use of the firm’s various remote-access, workflow, and file-sharing solutions.”

This crisis will likely speed up the adoption of advisory services, which CPA firms had already been pursuing pretty quickly before the crisis.

And then there are audits. Here’s how CPA Practice Advisor describes the issue:

“Although digital advances continue to influence how audits are conducted and how evidence is gathered, as well as aspects of the reporting process, for many firms the crisis is creating a systemic shock to normal client engagement activities.

“From increased pressure to complete audit work to issues in getting audit evidence, and very sensitive judgments in areas such as going concern, auditors will need to re-evaluate how they undertake normal auditing activities. There are challenges ahead, but respondents also spoke openly about opportunities.

“A significant 53 percent of respondents said they were experiencing pressures completing client services work, and over a third said they faced an inability to meet reporting deadlines — a point recognized in many jurisdictions where reporting deadlines have been flexed. A quarter said they’re experiencing difficulties in gathering audit evidence, and 27 percent said they saw an increased audit risk relating to valuation of assets, completeness of liabilities or going concern issues.

“On the positive side, respondents have already reported significant opportunities for providing enhanced insights and value to audited entities through the audit process.”

So yes, that phrase “new normal” gets thrown around quite a bit these days, but with good reason. This crisis is fundamentally changing many aspects of our profession. It’s disruption in real time. And I guess the question is: How are we all going to deal with it?

Which brings me back to my guest this week — David Bray. The reason I wanted to speak to him initially was to discuss technological disruptions like the ones he discussed at the AICPA’s Executive Roundtable in January.

But that all changed with the coronavirus. So instead, we talked about how we work and do business, and how all of that is changing because of this crisis — and how the roles that accounting and finance professionals play will change as a result. We also talked about how this crisis has significantly accelerated the disruptions we’ll feel as a result of new technologies like A.I., and the Internet of Things, and 5G.

It’s a fascinating discussion with a deep thinker about disruption, and it’s one you’ll probably want to sit down and listen to … because we’re ALL being disrupted, as we speak. 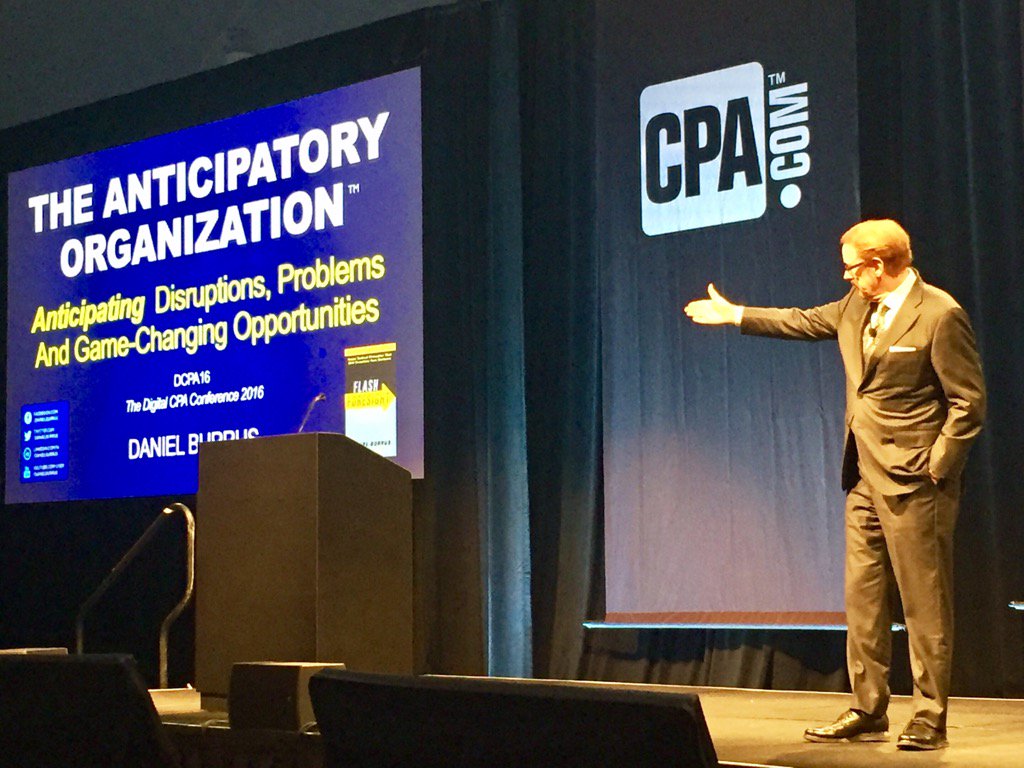 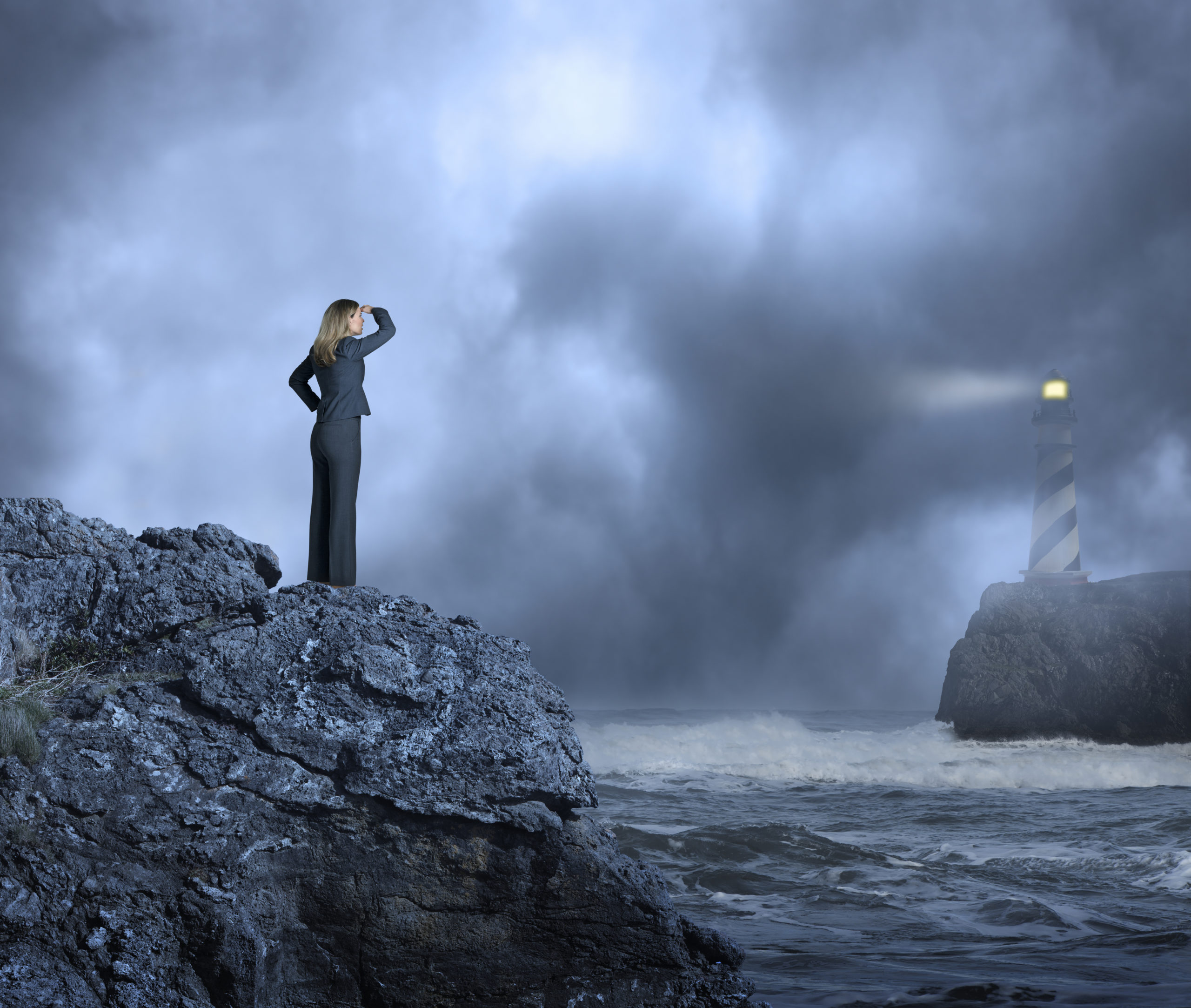 The Key to your Firm’s Post-Pandemic Success 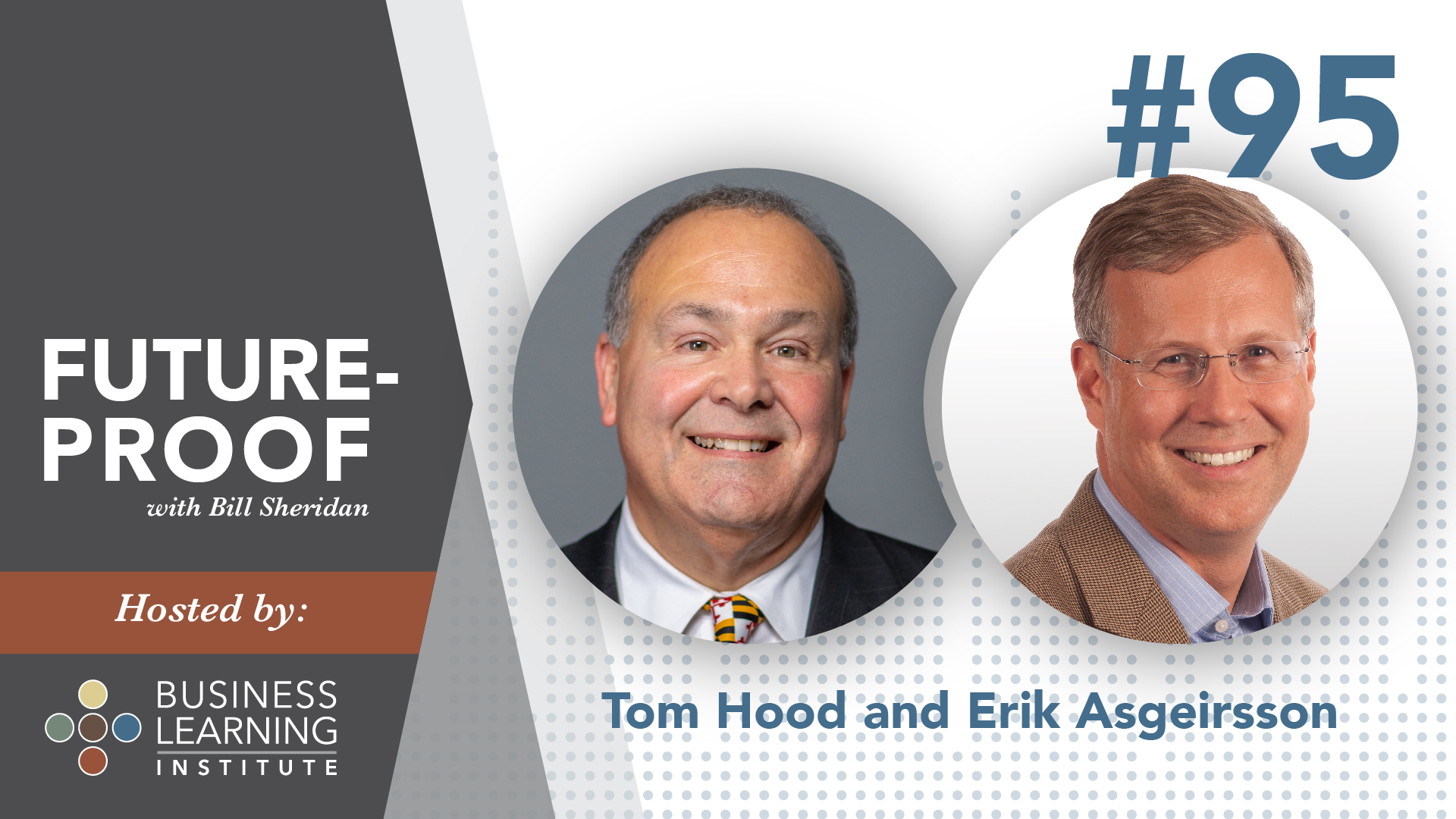