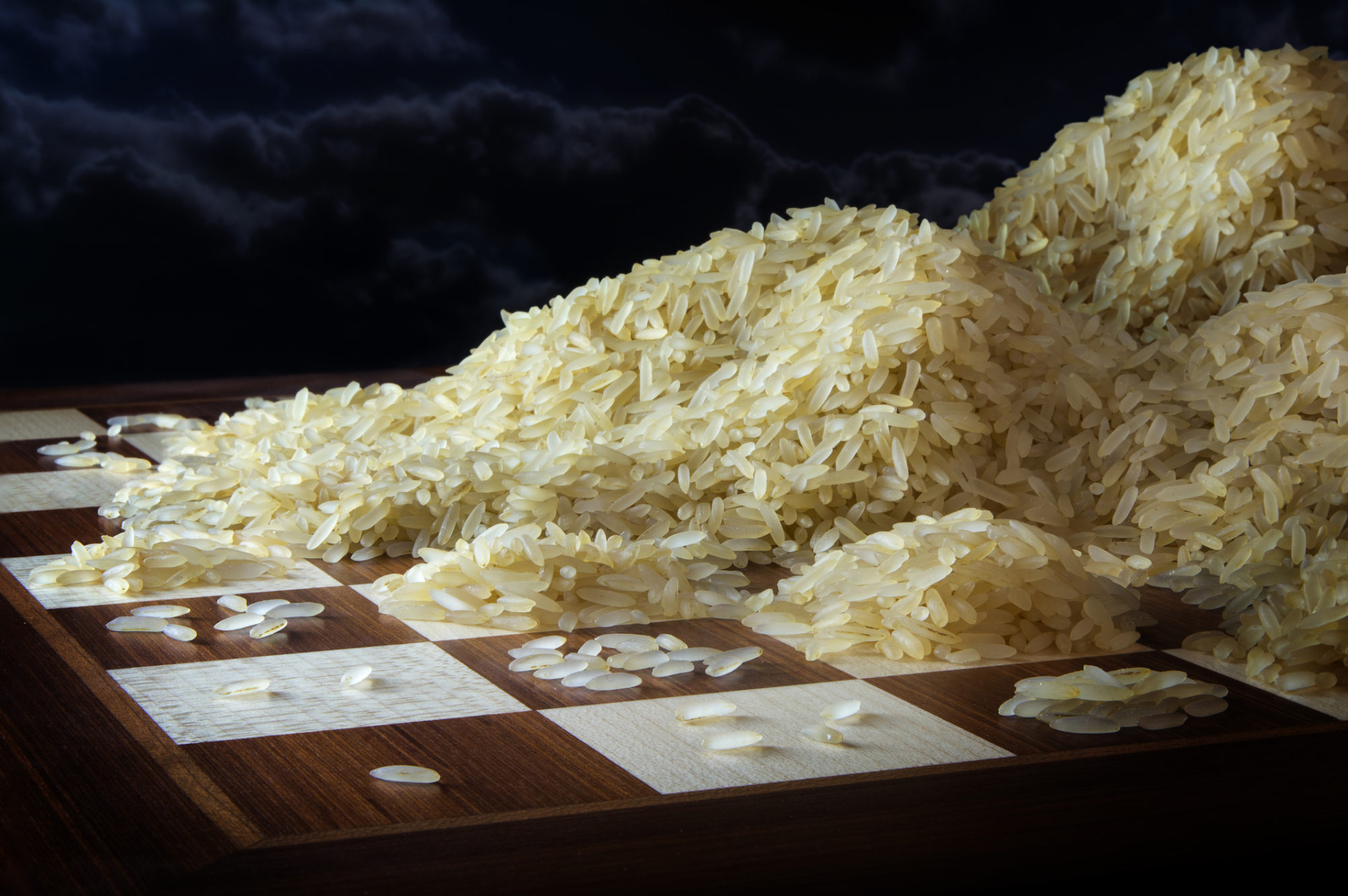 No truer words have ever been spoken. Especially today.

We’re living in a world of exponential change. Want to know what that looks like?

By the end of the first row, you'll have 128 grains of rice.

By the 21st square, you'll have more than a million grains.

By the 41st square, you'll have more than a trillion grains.

And by the 64th and final square, you'll have a pile of rice that will weigh more than 460 billion metric tons. A pile of rice like that will be bigger than Mount Everest. In fact, it will be about 1,000 times more than the global production of rice in 2010.

That's what's happening today. Technology is advancing at that rate. It's called Moore's Law. The processing power of our computers is doubling every two years or so. It has been since 1965.

That means amazing things are possible today, things that were science fiction just a few short years ago.

As you're thinking about what your future holds, you'd better be expanding your horizons by a long shot.

What can your organization accomplish? Anything.

What can you accomplish? Anything.

What can the human race accomplish? Anything.

If only we decide to do it.

The only things getting in our way are our own stubbornness, our own stupidity, our own partisanship, our own refusal to change for the common good.

We have met the enemy, and he is us.

Our only hope is to get out of our own way and accept the beautiful reality of exponential change.

What do you want to accomplish?