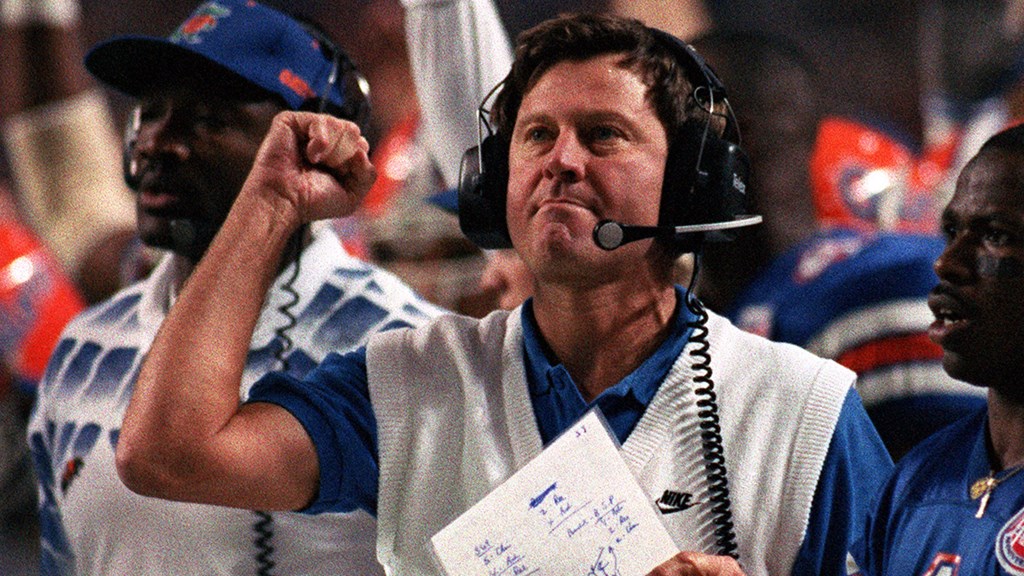 We keep trying to find words of wisdom that will see us through these dark times, don't we?

Sometimes, those words find us.

That was the case today, when I read an article written by Grant Heston, an old buddy of mine from my sports journalism days. We worked together briefly at CBS Sportsline (now CBSSports.com), and he wrote a brief but brilliant piece for Sports Illustrated recently that, for what we're dealing with these days, seemed just perfect.

I'm not even gonna try to summarize it. I'm gonna let Grant do the talking. Here's his article in its entirety. It doesn't get much better than this.

A deadly global pandemic. A scorched-earth and never-ending presidential election. Unrest in the streets.

2020 has been a terrible, combustible and dizzying year unlike any other. The tumult has even led me to rethink a cherished, formative conversation I had 25 years ago this month.

In November 1995, I was a sports reporter for the Independent Florida Alligator, the University of Florida’s student newspaper. It was homecoming week, and there wasn’t much news expected from the third-ranked Gators’ Thursday football practice.

When rain started, no one — least of all me — wanted to get drenched with nothing to show for it. Nevertheless, I grudgingly drove to practice and stood for nearly two hours in a miserable rain. I was the only reporter there when coach Steve Spurrier approached after practice.

“Anything happen today, Coach?” I asked, knowing the answer was no.

“Well, since you’re the only one here, I’ll tell you what,” coach Spurrier said. “We’re gonna sit Danny this week and start Eric.”

He paused for a moment, then added: “How ‘bout that!”

Danny was Heisman Trophy candidate quarterback Danny Wuerffel. Eric was Eric Kresser, a talented backup who could start at many programs but rarely saw the field. This was a gift from the football gods and the Alligator would break this national story.

After a brief conversation, I thanked Coach before asking the question I most wanted to know: Why did he share his secret?

“Son,” he said gently, “Sometimes life’s just about showin’ up in the rain.”

He smiled, patted me on the shoulder and jogged away. I hustled to the Alligator’s offices to write my big scoop.

In the 25 years since, I’ve shared the story countless times with family, friends, work colleagues and in leadership presentations. In my telling, I’m the hero of the story and the lesson is that dedication and professionalism lead to good fortune.

Doing your job even when it’s tough — “showin’ up in the rain” — pays off.

Thanks to 2020, I now understand I’ve been telling this story all wrong. I’ve come to understand that coach Spurrier was the hero for helping someone for no other reason than it would make a difference in their life.

Coach had nothing to gain by telling me his plans. But he did so anyway, knowing it would be meaningful to me and the Alligator. That’s a testament to the power of kindness and of seeing the world from someone else’s perspective.

Our battered national politics and personal relationships need that kind of empathy and sympathy if we want to make 2021 a year of healing and not 2020 redux. I’m optimistic (maybe naively, but not foolishly) that we will embrace our better selves moving forward.

As for the game, the Gators won 58-20 behind Kresser’s then school-record 458 yards passing. Wuerffel won the Heisman Trophy and a national championship the next year.

While I didn’t make a career as a sports journalist, I have spent considerable time around college football. In 12 years at the University of Central Florida, I worked with football coach George O’Leary and, when he retired, played a role in bringing Scott Frost to UCF.

But when I think about my time around college football as a fan and administrator, more than any victory or defeat, I remember that moment with coach Spurrier in the rain.

Thanks for the advice, Coach. Even if it took me 25 years to understand it.

Thank you, Grant, for the perfect story for this imperfect time.

It's raining, folks. Show up anyway — for ourselves, and for those we serve.