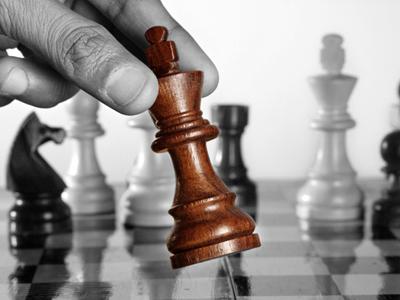 "You can't stop the waves, but you can learn how to surf." - Jon Kabat-Zin

Growth and disruption?  We all want to grow and the latest stats on the economy says we are now in for some tailwinds for a change. So why do we have to still worry about disruption?

Because of the chess board, Moore's law and the exponential pace of technology change. Combine this with current demographic trends, and globalization and you have a perfect storm of disruptive forces.

Just read the latest headlines - Google's driverless car, Google glass, IOT (Internet of Things), AirBnB, Uber, Apple and more everyday. Just this week Forbes had an article titled, The Coming Demise and Rebirth of the Accounting Profession. Is this different from technology changes in the past? Are things really changing faster?

According to two MIT researchers and authors of the bestselling book, Race Against the Machine, absolutely!

Eric Brynjolfsson and Andrew McAfee use the story of the invention of chess to explain this pace of change in a Sloan Management Review article. In the words of that Canadian rock band, BTO, "we ain't seen nothing yet!"

"It comes from an ancient story about math made relevant to the present by the innovator and futurist Ray Kurzweil. In one version of the story, the inventor of the game of chess shows his creation to his country's ruler. The emperor is so delighted by the game that he allows the inventor to name his own reward. The clever man asks for a quantity of rice, to be determined as follows: one grain of rice is placed on the first square of the chessboard, two grains on the second, four on the third, and so on, with each square receiving twice as many grains as the previous square.

"The emperor agrees, thinking that this reward is too small. He soon sees, however, that the constant doubling results in tremendously large numbers. The inventor winds up with 264-1 grains of rice, or a pile bigger than Mount Everest. In some versions of the story, the emperor is so displeased at being outsmarted that he beheads the inventor."

That tale is bracing enough, but there's a kicker: The most profound effects of the doubling phenomenon aren't felt until you reach the second half of the chessboard. When Kurzweil tells the story in The Age of Spiritual Machines: When Computers Exceed Human Intelligence, he notes that "after 32 squares, the emperor had given the inventor about 4 billion grains of rice. That's a reasonable quantity--about one large field's worth--and the emperor did start to take notice.

"But the emperor could still remain an emperor. And the inventor could still retain his head. It was as they headed into the second half of the chessboard that at least one of them got into trouble."

The authors say we entered the second half of the chessboard in 2006. This means the continued doubling of processing speed, storage capacity and bandwidth will create things faster than we can imagine which means the size, scale and scope of change are coming at us faster and faster. In other words the waves are doubling in size every year.

So how do you thrive in an era of constant disruption?

We think there are five fundamentals you need to master to ride these waves of change:

And the bad news is that the waves will never stop and in fact they may get larger with each passing year.

Surf's up, are you ready?